We have seen all (or almost all) XPERIA X2 concepts and they’re quite a bunch, trust me. It was only logic that someone leaked the product, once it was somehow available to a person bold enough to take a picture of it. The only question is: “could the following image be the real thing, portraying XPERIA X2?” 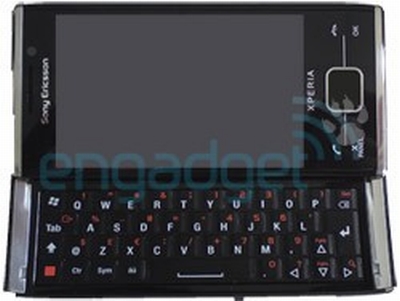 An Engadget Mobile tipster claims that the device will be known under the codename of Vulcan, or XPERIA X2, replacing the X1 at some point, probably this  year. The picture is quite small, but you can spot the X Panel button (lower left front side) and the Windows key (upper left side of the keypad).

Prototype or mockup would still be good news, but if this turns out to be real, we’ll starting hunting for specs and a more decent gallery of the smartphone.