The Sony Xperia Play 2 name was thrown around very little over the past months, since the subject of speculation have usually been the Nypon and Nozomi handsets. Well, out of the blue we found a beautiful render of what’s apparently the Xperia Play 2 PSP Phone. The folks of Concept Phones received this via email from Jsus, the same guy who leaked the infamous Xperia Arc HD, that appeared all over the web. 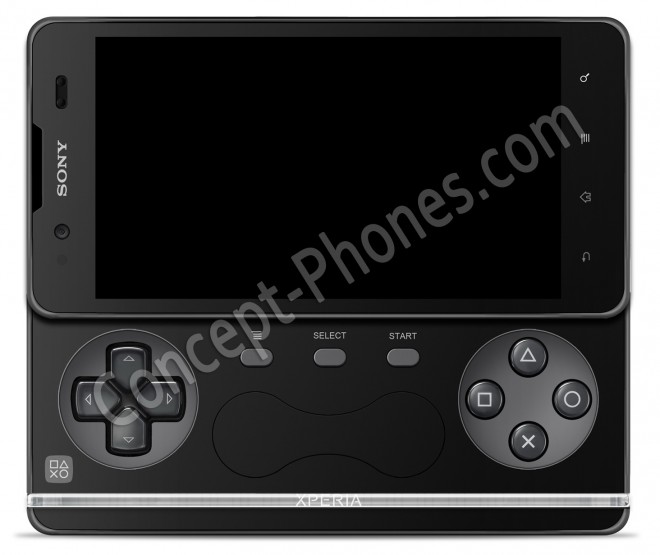 The new PSP Phone features a dual core 1.5GHz Qualcomm Snapdragon S4 processor, a 4.3 inch 1280 x 720 pixel display and an 8.1 megapixel camera The device looks like a Samsung or LG Android phone in its handset segment, while the sliding gaming controls look very much like those on the Xperia Play 1, with the addition of a notification area that looks like the one on the Xperia S, only longer. The camera on board supports 16x digital zoom and comes with a LED flash.

As you can see, this new PSP Phone uses 4 capacitive buttons at the bottom, instead of 3 like Google advised handset makers to use on Android 4.0 units. I am sure that this model will run Android 4.0 ICS and if you haven’t heard about a new Xperia Play before, know that I have, rumored as the Xperia X or Hayabusa (unless I’m mistaking). So, what do you say…  is this real or a mere render?