Mobiado just announced a new luxury phone today, a model called Grand Touch Executive, that was actually based on a concept from 2010. This device is the first handset to be created using a stone hybrid material. It also comes with a nifty SIM card mechanism, that looks like a fancy key of sorts. 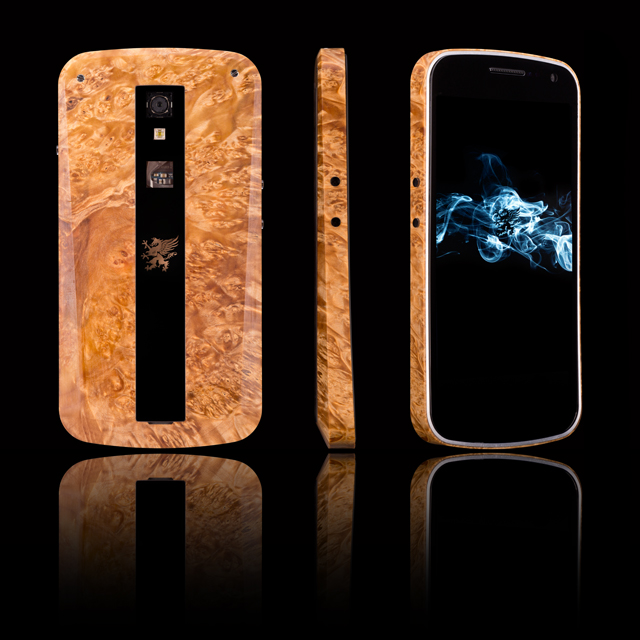 This is more of an object of art than a phone and its design is influenced by industrial machinery and engineering instruments. Mobiado is already an internationally recognized brand and a very respected one. Back in 2010 Mobiado created a concept phone called CPT001 and that phone was crafted from a piece of solid marble. Inspired by that idea the Grand Touch Executive was born. The smartphone is CNC machined from solid materials and bonded into a solid piece made of aircraft aluminum composite.

The panel at the back is made from sapphire crystal, with a total of 50 carats and this back plate hides three windows: LED flash, camera and SIM card mechanism. At the front we find an aluminum edge, that’s visible as sort of a trademark. The specs include a 5 megapixel camera with LED flash, a 4.65 inch 720p display (S AMOLED), 16 GB of storage and 1 GB of RAM. As far as connectivity goes, we get GPRS, EDGE, WiFi, Bluetooth 3.0 and microUSB 2.0. Sadly we have no price, but this model should be priced pretty high, if you ask me.