Samsung Galaxy Note II has a few interesting rivals, ranging from the LG Optimus Vu II to the Chinese Oppo Find 5 and now the Huawei Ascend D2, also from China. This phablet/phone runs Android 4.1 Jelly Bean and it was recently unveiled in China. Its 5 inch screen offers a HD resolution and under the hood we’ve got a 1.5 GHz quad core processor. 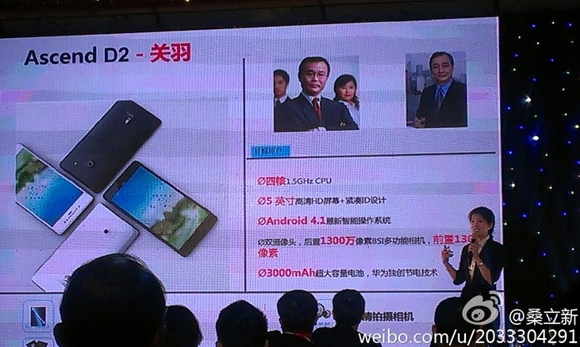 The chipset may be a K3V unit, if I’m allowed to speculate, the same processor that powers the quad core Ascend D Quad handset from Huawei. At the back there’s a 13 megapixel camera, while at the front there’s a 1.3 megapixel camera and under the hood there’s a 3000 mAh battery. Ascend D2 will be released in early 2013 and it will serve as Huawei’s new flagship handset.

Seeing the photo below, I’m under the impression that this device is kind of similar to the Galaxy Note II. It’s actually very similar in design, but I doubt that Samsung will start a lawsuit… or will they? 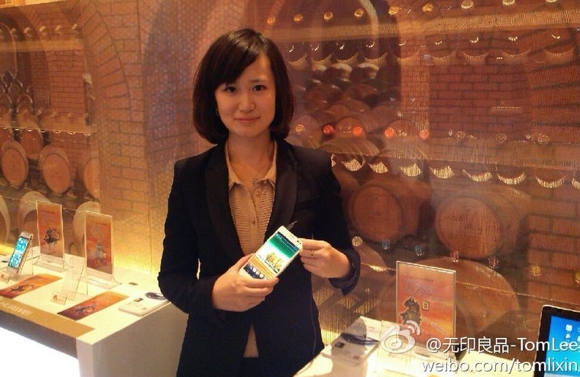