Motorola Atrix, one of the handsets we played with during Mobile World Congress in February is now available in the UK via Orange. We’re dealing with a 4 inch capacitive touchscreen device, protected by a Corning Gorilla glass and sporting a 960 x 540 qHD resolution. 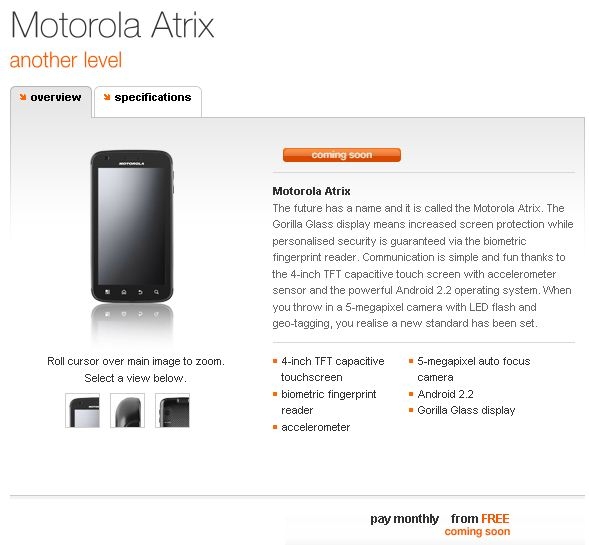 Atrix is also capable of WiFi, DLNA, HSDPA, Bluetooth and it comes with a microSD slot. Under the hood there’s a 1GHz dual core CPU and this device runs Android 2.2 Froyo, plus it has the ability the function as a mobile computer by working with a dock. The Motorola newcomer packs a 5 megapixel camera with flash and HD video capture, accompanied by a front cam for videocalling.

Pricing is a mystery, but it might be around 30 quid with a 30 year contract. You can get it from here.