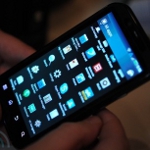 Usually tips come as official or one-liners about products that are yet to come. This time, the Motorola Droid Bionic’s launch date was hinted at through a poem, unbelievable as it may seem. Written by Verizon insider BlackManX, an usual over at the Android Guys forum, the poem is pretty clever and subtle.

Moto Droid Bionic is a pretty hot handset, that we’re looking forward to get our hands on. We are dealing with the Big Red’s first dual core handset after all, one that comes with a 4.3 inch qHD screen, 512MB of DDR2 RAM and an 8MP camera at the back. Well, enough with the prose and here’s the poem filled with hints:

“When beer flows in the color of envy and the rainbows are all but empty and you bask in the Thunder so bold…But if it’s another device that you seek to reach your peak, then you might have several weeks. For in the LTE a new device shall shine, and perhaps that is fine if dual cores you don’t mind…For Steve Austin moves like a blur, Unless it’s stock style you prefer…but it’s calmness we shall seek, and shy away from the hype-beast. So those signing two-year choices, don’t blame panda forces, but the unknown sources that raise your hopes so high…Cause at the end of the tweet a Sneaky Panda speaks and says YOU MAY WANT TO WAIT TO BUY”.

To put it short, this series of lyrics tells us that the smartphone will launch earlier than expected, although it could cannibalize the HTC Thunderbolt, as the highest end model of the carrier. Will you be getting one?