It’s too bad that Google bought Motorola and can’t really use it for a good purpose. We’ve seen this before with HP and Palm, but hopefully it won’t end the same way. Why am I writing that? Well, because today Google finally decided to give its subsidiary the courtesy of a Jelly Bean update for the Droid RAZR and RAZR MAXX. 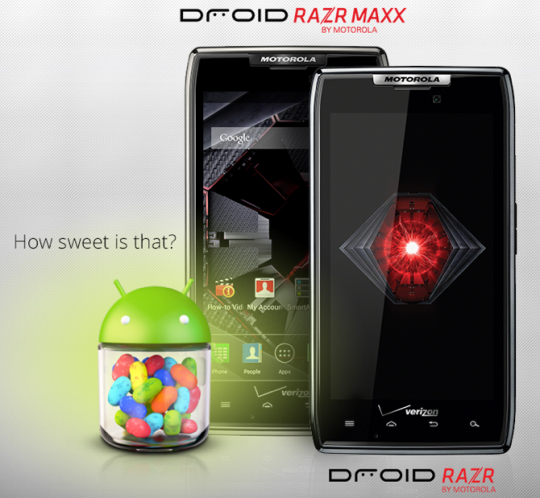 If Moto is getting updates so late, why are we surprised when HTC or Samsung get them half a year later than they should? For some reason, ASUS are always privileged lately, so maybe Google should have bought them instead. Anyway, know that starting today, you should receive the Android 4.1.2 JB update on your Droid RAZR and RAZR MAXX. What do you get with this update?

Well, the speed of Project Butter, the voice search of Google Now and expanded notification area. If you own one of the two handsets mentioned before, head to the Settings > About Phone area and hit “Check for updates” over the next hours and hope for the best. And hopefully the Motorola x Phone won’t be a disappointment.