Motorola Inc. seems to be recovering from its last years of trouble thanks to the freshly-launched Droid handset, that sold 100,000 units on its first weekend. Verizon Wireless was the carrier handling the sales of the device and last we heard, there 200,000 Droid phones ready for the market. 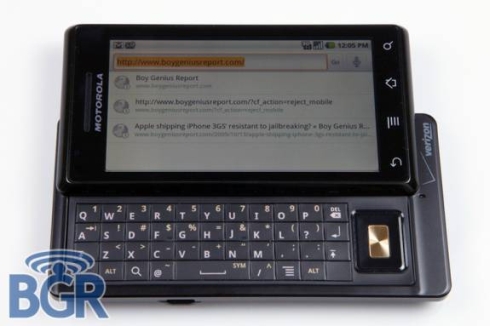 It’s also important to note that Motorola will probably sell around 1 million phones running Android in Q4 and the number might reach 10 million in 2010, according to the specialists in the field. It’s obvious that Moto Droid goes against Apple’s iPhone, sold by AT&T in the US and with a record of 1 million units purchased in its first weekend in June 2009 (3GS of course).

Motorola’s phone market share dropped to approximately 4.7% in the last quarter, from 5.5% in the second quarter, according to the company’s officials, but things might get better as Droid becomes more popular. We remind you that the handset went on sale on November 6th, both via Verizon’s website and in retail stores. Going for $199.99, Droid is bundled with a 2 year agreement, after a $100 mail in rebate.