Nokia has launched a trio of new CDMA phones in China, the 1506, 3806 and 6316s models. In case you didn’t know, this connectivity standard is pretty popular in the country where cloned phones are all the rage. 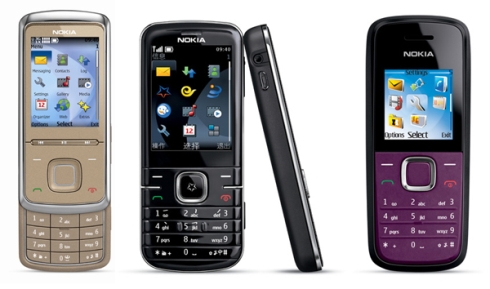 The new models span from the lower end to the midrange segment, so let’s check them out. Nokia 1506 is a very basic candybar handset, with integrated voice recorder and speakerphone. This is considered the cheapest CDMA device from Nokia launched so far. Next up is Nokia 3806, with a QVGA display on board, Bluetooth 2.1 support and a slot for cards of up to 4GB.

There’s also a “Health Assistant” app aboard this handset, allowing the user to stay healthy, probably by keeping up with his diet or exercise. Last, we come across the 6136s slider phone, packing GPS, EV-DO support, a 2 megapixel camera and more, but too bad that you’ll have to wait for 2010, if you want this model in China.