Motorola Droid X2 has been a mystery over the past months, even though it has been pictured and specced a bunch of times. However, this particular leak proves to us that there’s a dual core CPU inside, as shown in the video below. We could be talking Tegra 2 here, since the chipset is used on the Xoom and Atrix 4G as well. 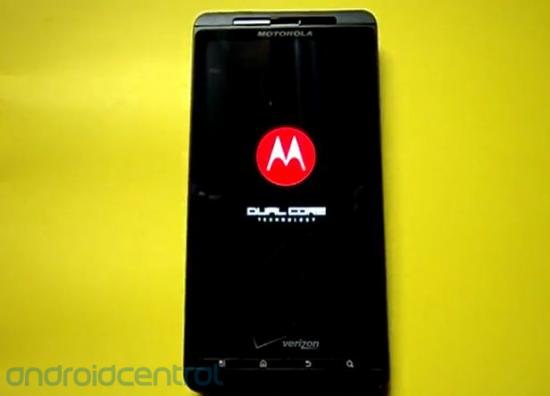 Hopefully, the device won’t ship with Froyo, since there event Droid X1 is running Gingerbread at this point, so it should launch with Android 2.3 or maybe 2.4 when it gets released. There are some skeptics saying that this is a regular Droid X with Froyo and a custom boot animation and yes, these pranks can happen, but let’s keep an open mind, can we?

Anyone care to confirm that this is the Droid X2, especially if they’ve seen one in person?