Motorola has just announced that it’s getting ready to launch its very own Android App Store, called SHOP4APPS. This is a web-based service, that was online for a short while, till Moto removed it. However, the folks of Android and Me managed to have a look at it and its functions. 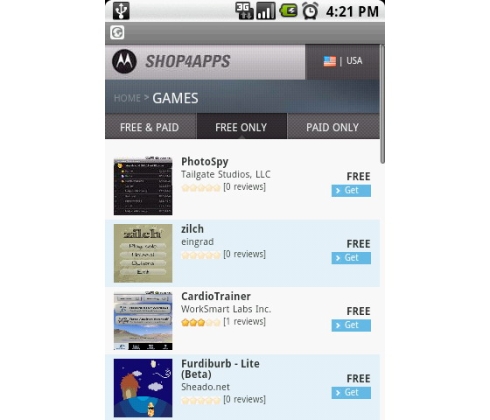 SHOP4APPS can be accessed both from the PC and an Android handset, but the app downloads will take place directly on the phone. In order to download software, you’ll have to use a free mobile client called MotoAppstore, that’s still being tested.

The new Android app store includes a MyLocker section, that allows you to check your download history and the service also notifies you automatically when new versions of apps are launched. Also, we found out that the apps can be re-downloaded and transferred.

Moto will introduce SHOP4APPS only in the States, US, Brazil, Argentina and Mexico for now, but we don’t know when that will happen. 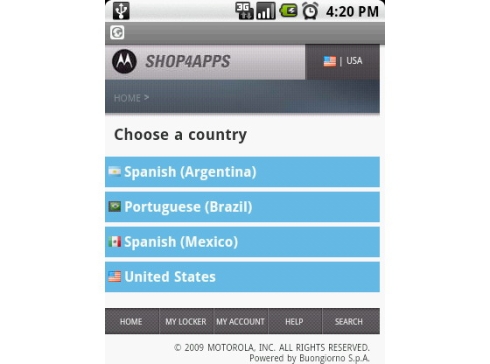 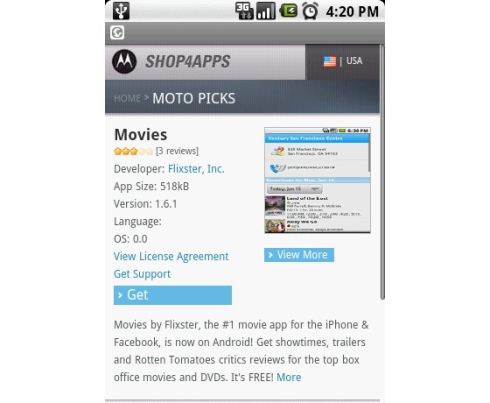