Motorola Opus One was a mere leaked device till now, but now we’ve found out that this Android iDEN phone will be available via Sprint Nextel. The source of the info is YouTube user jay84305, who “borrowed” the unreleased handset off the streets of Florida. He posted a couple of vids on YouTube, showing the phone’s features, but sadly they were removed. 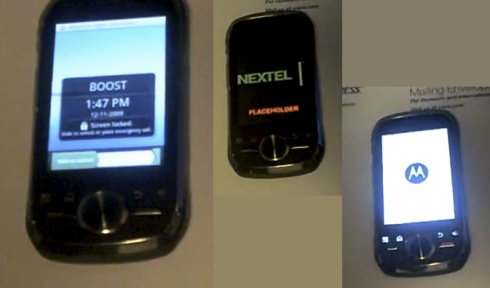 What we’ve found out from this unusual source, talking in slang English and claiming he took the phone from the street after some guy from Motorola or Sprint dropped it, is that the handset runs Android 1.5 OS and sports the name “p1_opusone” under the battery cover. This phone could also reach Boost Mobile, not only Nextel.

It’s very possible that Android 2.0 or 2.1 will make it to the iDEN Android phone, depending on when it’s released.