Motorola unveiled 4 new phones this week, all part of the Moto G7 series. We’ve had the chance to unbox the Moto G7 Power and also did a hands on of it and now we show you the Moto G7 Plus in a short hands on review, that includes first impressions.

This was supposed to be the biggest model of the bunch, considering the “Plus” moniker, but instead it has a rather similar diagonal to the other units, 6.2 inches. It’s also the best specced, having a dual camera with optical image stabilization and dual stereo speakers. There’s also a teardrop notch at the top of the facade, similar in format to the OnePlus 6T, but also a tad larger. 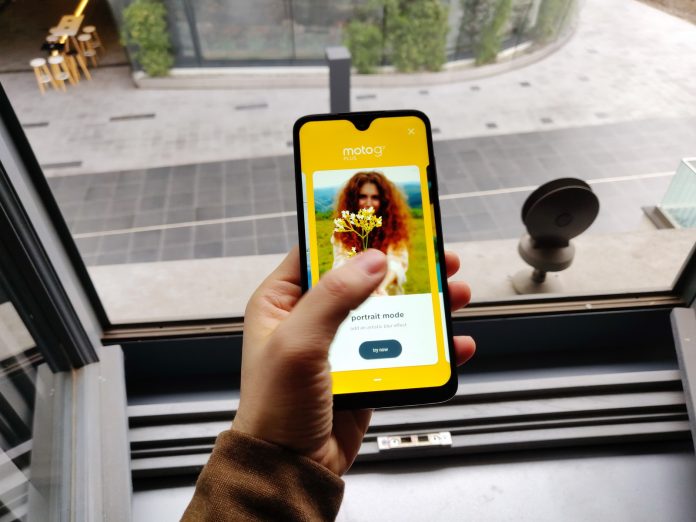 Moto G7 Plus uses a glass and metal body, being quite the looker, event though it resembles the Moto G6 quite a bit, as a genera format. The handset packs a 6.2 inch Full HD+ screen, a Snapdragon 636 processor, 4 GB of RAM and 64 GB of storage, plus a microSD card slot. The rear camera is a dual one, a combo of 16 MP and 5 MP, with OIS supported and 4K video capture. 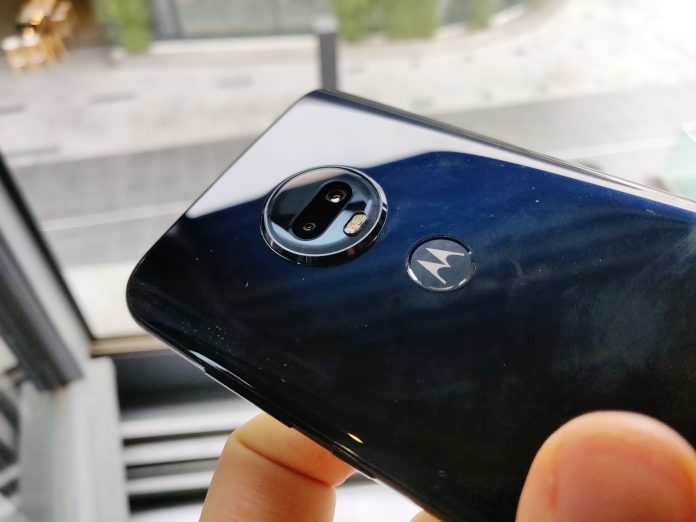 The phone packs a 3000 mAh battery and while it’s not an impressive capacity for this screen size, at least it comes with fast charging and a 27W Charger. Moto G7 Plus runs on Android 9.0 Pie, measures 8.3 mm in thickness and weighs 176 grams. It’s priced at 300 euros and also packs a 12 megapixel front camera, with Bokeh. Bokeh is also available for the main camera. The fingerprint scanner is hidden in a dimbple at the back side. 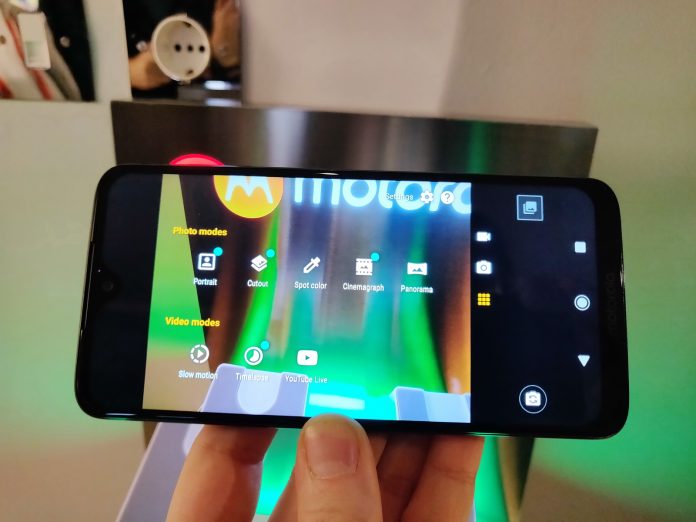 Dolby acoustics are in the mix, with the stereo speakers by the way. It seems to me that Motorola crammed enough specs on this device to make it a flagship, but stopped short on the battery and CPU. It looms similar to the Moto G6 Plus and it’s clearly going to have the acoustics and OIS as selling points. With such a price any points scored extra from the likes of Moto Z3 Play or Moto X4 are already an incentive to go buy it. I think you shouldn’t underestimate the battery, since we’ve seen what Motorola can do with 3000 mAh units already on some Moto Zs. We’ll be back with a full review.