Motorola Motus, the device in the blurry picture below was recently leaked and partially confirmed as heading to AT&T. The last rumours we’ve heard say that this handset sports a pretty unusual design, with the keyboard flipping backwards, so that it faces out when the phone is closed. 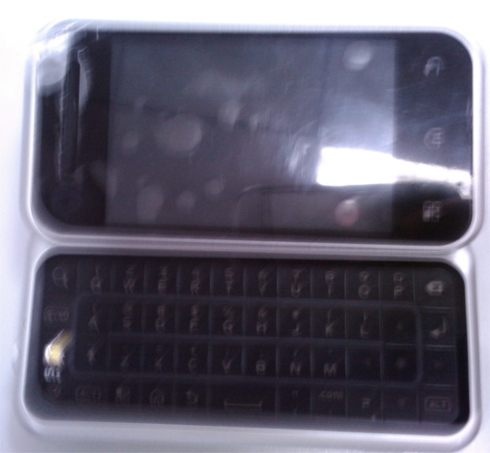 When Motus is open, the underside of the keypad shows a trackpad that allows the user to scroll the screen, while typing with his thumbs. A third hinge position is also available, keeping the handset upright for a neat video viewing experience. A 5 megapixel camera with LED flash is also in the mix, but what’s strange is that the unit is mounted on the keyboard and it’s meant to be used as a webcam.

Motorola Motus should run the Blur UI and the leaked info list also includes details about the backlit keys, supposedly with a domed design. The phone is expected to be three quarters of an inch thick and the speculations claim it may run Snapdragon, although we’ve heard it was sporting a 528 MHz CPU borrowed from CLIQ.

In case you’re wondering, the smartphone should pop up in April or May of 2010, as AT&T releases its first Android devices.