Some say it’s the Droid 4, others that it’s the Nexus 3… well, I say it’s a Motorola slider that’s a total mystery. I’m talking about the handset below, with a horizontal seam that reveals a possible QWERTY slider mechanism. 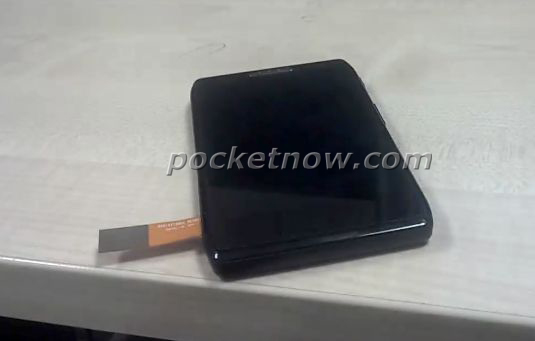 However, this model is extremely thin for a slider, that’s for sure. The orange thingie that comes out of the left side is most likely a ribbon cable for flashing the unit through JTAG. What really puzzles me is that there are no buttons in sight on this unit. Motorola’s phones with capacitive keys usually show visible icons even when unlit, so what’s up with this one?

The button row looks blank, as for the display, I’m guessing it’s a 4.3 inch or 4 incher. Anything bigger than that would be dangerously close to the tablet segment.