Retailer MTS has just announced in Russia the debut of a new smartphone, that’s both affordable and packed with useful mapping features. I’m talking about the MTS 962, a handset with satellite navigation system, supporting both GLONASS and GPS. 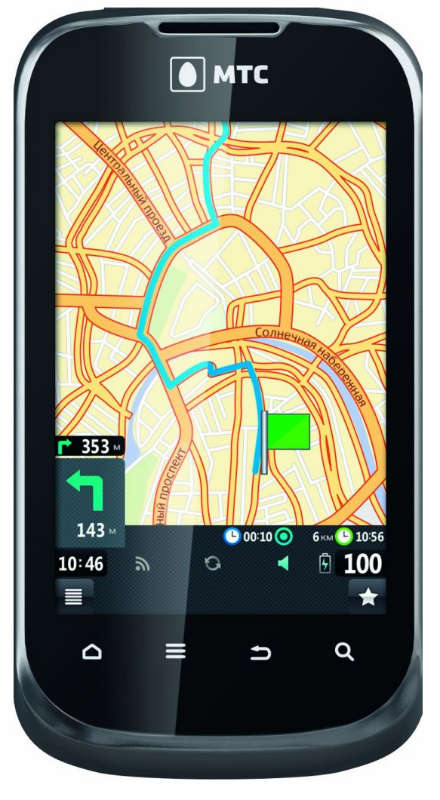 The device runs Android 2.3.7, supports Google Play Store access and features a 3.2 inch display with a resolution of 480 x 320 pixels. There’s a 3 megapixel camera at the back, FM radio too, a microSD card slot, WiFi, Bluetooth and a Li-Ion 1150 mAh battery.