Acer was getting busy these days, during MWC 2010 in Barcelona, as they unveiled no less than 4 new handsets: 2 Android units and two running Windows Mobile 6.5.3. Acer beTouch E400 is one of the Android phones and it gets pictured below: 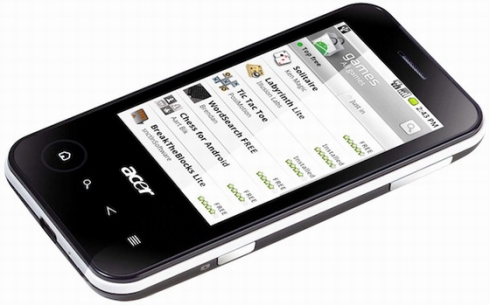 The beTouch E400 features a 3.2 inch HVGA touchscreen display, a 3.5mm audio jack, 3.2 megapixel camera and a 600 MHz Qualcomm CPU, that helps it run Android 2.1. Among the specs there are also HSDPA support, WiFi, A-GPS, native Microsoft Exchange Server support and a smart lighting system based on LED, that’ll notify the user when we misses a call or receives a text.

This model will hit the market in April and moving on to the beTouch E110, pictured below, we learn that this is an entry-level smartphone running Android 1.5. The phone features a 2.8 inch QVGA touchscreen, HSDPA, GPS, social networking functions, a 3.2 megapixel camera and a 3.5mm audio jack. 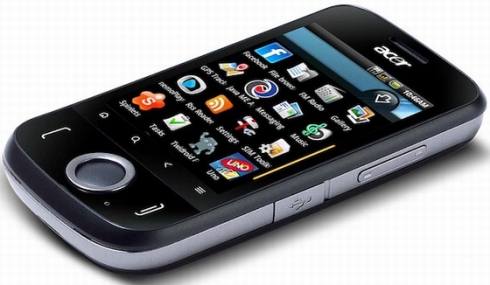 Acer E110 will debut in March, in two color versions: black and dark blue. Next up is neoTouch P300, featuring a 3.2 inch WQVGA touchscreen display, a sliding full QWERTY keyboard, WiFi, A-GPS, a 3.5mm audio jack, HSDPA connectivity and a 3.2 megapixel camera. This device is pictured below and we also know that it comes with IE 6 Mobile with Flash support, a Facebook client and the Ferrari GT game. 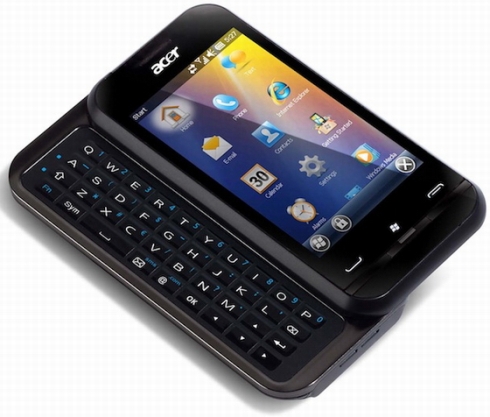 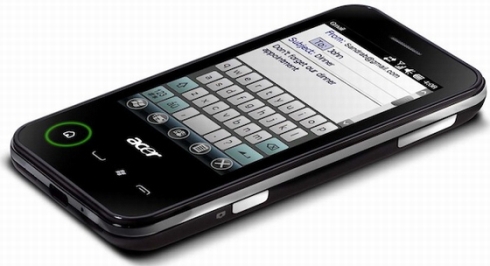