SPB Software recently announced SPB Mobile 5.0, the latest version of the best selling mobile application. Unlike the previous versions of the software, meant only for WM touchscreen smartphones, the new application will also be available on Android and Symbian. 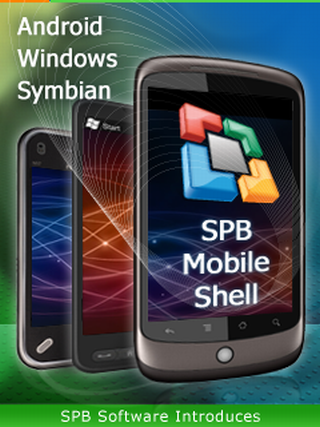 Among the updates brought by SPB Mobile Shell 5.0, there’ also a new 3D Engine and better social networking integration. The first will allow the interface to show some eye candy, specially in the media player, photo viewer and in the widgets section. The social networking feature will integrate messages, contacts and status sync with the like of Twitter and FaceBook.

Another feature in the new SPB Mobile Shell is the Natural Interaction Engine, that supports multitouch and G-Sensor, plus a Feedback Engine, providing visual and haptic feedback. You must know that this application has been shipped to over 15 device manufacturers over the past years, with partners like Sony Ericsson, Toshiba and O2 on the list.