Since we didn’t manage to get into the LG event at MWC 2012 (actually almost everyone didn’t), we’re happy with some hands on time with the latest LG handsets. One of them is the LG Optimus 3D Max, the follow-up to last year’s LG Optimus 3D. This one is also a 3D phone with a 3D display and dual 3D camera, but more about that will be available after the break. 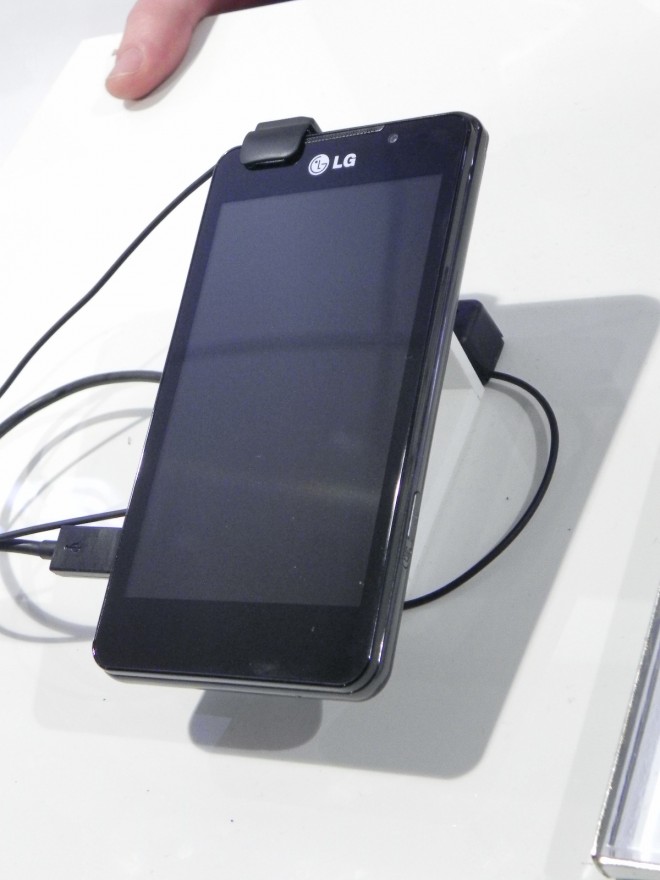 Don’t forget to check out that Gallery at the end of the article, for a more detailed view of the device. The first thing to notice here is how elegant the device is and finally it’s thin and light, as a modern smartphone should be. The previous 3D phone from LG was bulky, heavy and it put great strain on the viewer’s eyes. Know that this device runs Android 2.3 for now, since LG couldn’t finish adapting the 3D UI to Android 4.0. And now some details on the handset’s hardware:

The device was very responsive for touch and its 3D area doesn’t seem different from the one of the LG Optimus 3D, as far as UI goes. Icons have a 3D cube style in 2D mode and you have that 3D/2D button on the side to take you to the tridimensional functions, such as 3D camera, gallery, games and YouTube. The 3D effect doesn’t tire your eyes like the previous phone did, luckily. I’m hoping that the battery will be decent this time, since the LG Optimus 3D died in just dozens of minutes when you used the 3D mode. And more details in the hands on video: