The folks of LG have a new handset series on their hands, the L Series. This one was announced last week ahead of MWC 2012 and now we got some quality time with the 3 devices that make up this series: LG Optimus L3, L5 and L7. The L7 is up for analysis today, as shown in the video below. It appears that this slim device doesn’t have a removable battery, according to the guy at the booth. 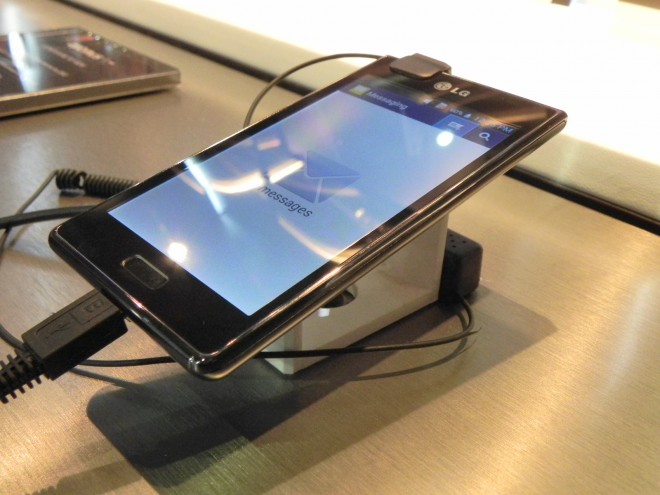 This is an Android 4.0 phone with a square look and a very slim waistline. I also noticed the quite strange presence of a Home button here, that has been long replaced by a capacitive version on other handsets. This product will be launched sometime in Q2 and one more thing to note here is the unique texture at the back that highlights how thin this model actually is. And here’s its specs list:

I expect a reasonable price here, considering this model doesn’t offer that much for its diagonal and other devices with similar screens provide much better specs. Also, I’ve heard that the camera is a bit slow, but it may be the software’s fault, that’s not yet finished. While everything is being figured out, I also like the fact that Android 4.0 is not too changed by the LG Optimus UI, that’s pretty discrete in customizations.