This week started with the Nokia conference at MWC 2012 on Monday, that gave us 3 new Asha series phones, the 41 megapixel 808 PureView model and the low end Nokia Lumia 610. The latter was caught on camera by our editor in Barcelona and it’s available for you to see in the video at the end of the article. There’s also a nifty gallery here, showing you a pink version of the handset. 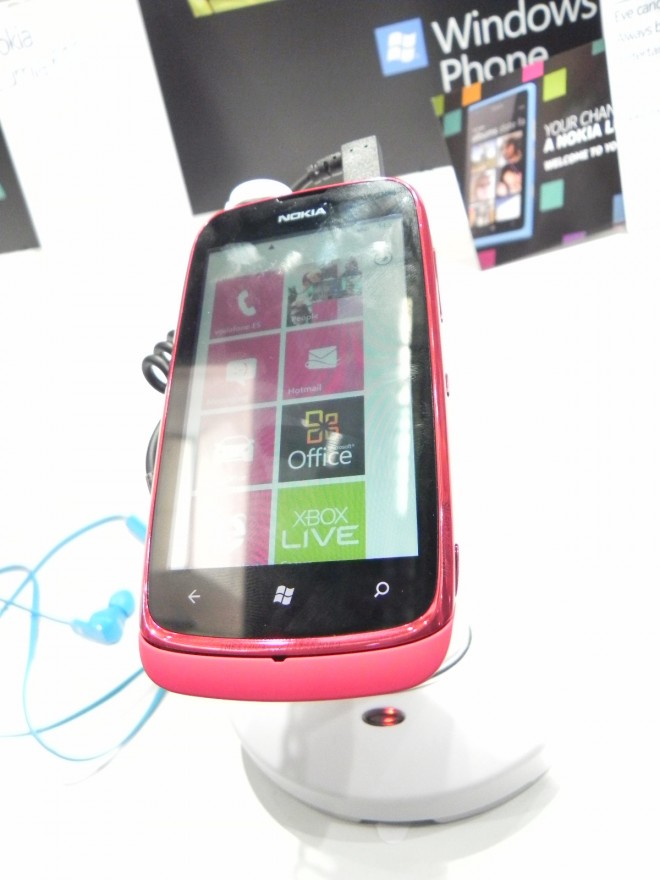 The experience seems fluid, there’s no trace of lag and the handset seems to handle Windows Phone Mango with as little as 256 MB of RAM. For those wondering if this device actually runs Windows Phone Tango, know that the update that lowers minimum hardware requirements for Windows Phone is actually not Tango, but rather a minor Mango update. I expect this device to earn a big market share for Windows Phone, just like the previous Lumias did. The main appeal here is the 189 euro price tag. And the specs are not that bad for a low end phone, either:

The handset will be available in a variety of colours, like the Lumia 710, so it’s once again a handset for youngsters, trendsetters and people who don’t want to spend a lot. The build here is obviously cheap plastic, but it’s assembled in such a way that it looks nice, especially with those chrome edges and soft touch back. It appears that this phone, just like the Lumia 710 will have interchangeable back panels. Other things to know are the fact that Nokia Drive has been updated and here’s a new Nokia Reading app for news reading.