Panasonic is only one of the Asian companies that wants to take over Europe this year, together with the likes of ZTE, Fujitsu and Huawei. The company came at MWC 2012 with the Panasonic Eluga handset, that was shown to us in a hands on experience that gets detailed for you in the video below. We’re dealing here with a water and dust resistant device, that has very small side bezels. 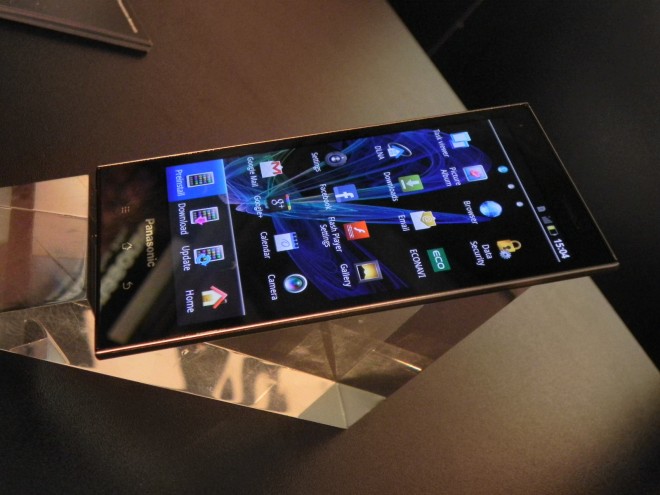 The Eluga has a blocky design at the facade, but the back side has such a design, that it makes the entire thing seem incredibly thin and sexy, eliminating any bulkiness. This handset comes with IP57 spec certification, so it’s waterproof and can be sinked into 1 metre deep water for about 30 minutes with no problem. It runs Gingerbread for now, but this summer it should get Android 4.0 ICS. And here are the specs of the newcomer:

I’m a bit underwhelmed by that 1.150 mAh battery, but the design and water resistance are appealing enough to forget about that for a while. I can say that for a first phone for the European market, this is a promising product. The design of this Eluga unit is unusual, with 3 LEDs lighting up beneath the capacitive keys for menu, home and back as the ambient light sensor enters action. Also, the earpiece is strangely placed at the upper left of the screen and not the center, as usual. Know that the microSB and microSIM slot are covered, to protect them for water. More info is found in the video preview: