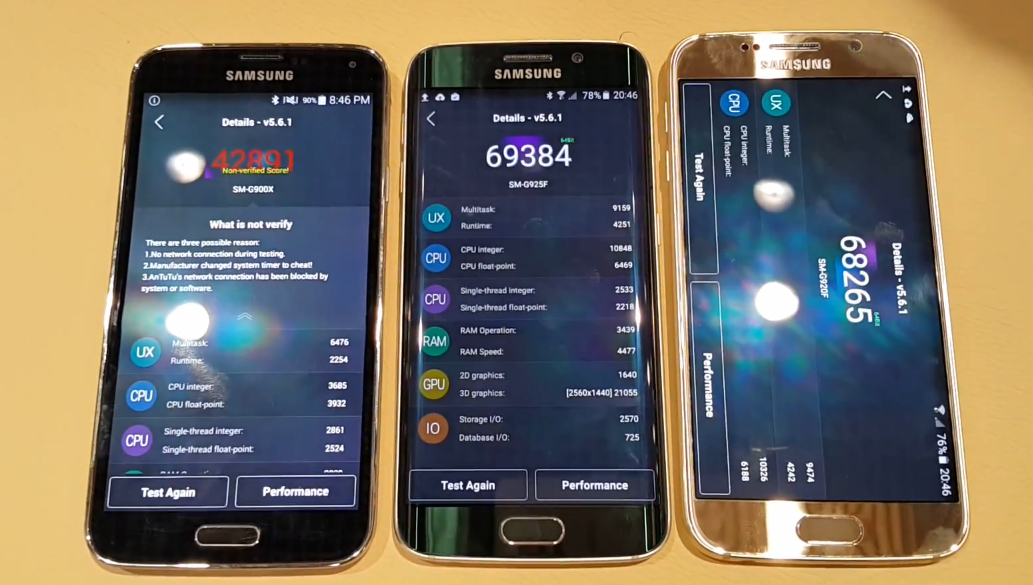 At MWC 2015, everybody wanted a piece of the Samsung Galaxy S6 or HTC One M9 action and they wanted to see just how good the devices are. This includes benchmarks, so after we were a bit let down by the HTC One M9 we played with, it’s time to see how others did. 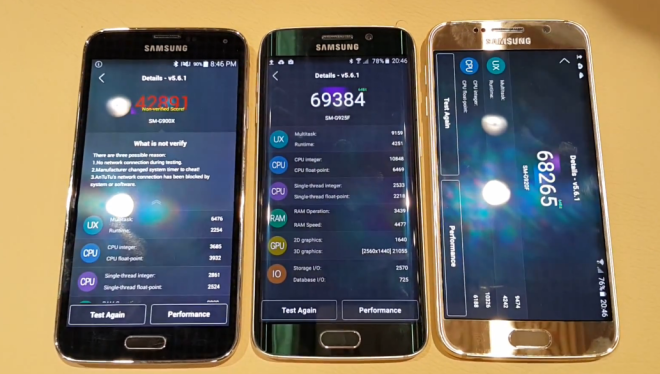 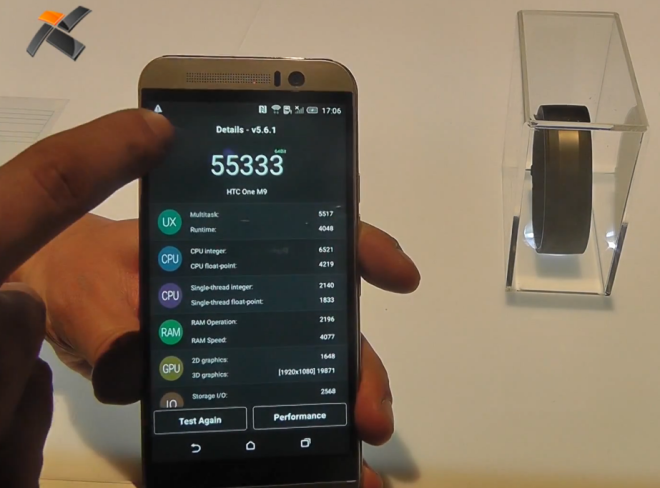 This confirms that the Exynos 7420 is a beast of a CPU and it doesn’t even overheat the handset like other chips. Then HTC One M9 was put through the same test and using its Snapdragon 810, it achieved a score of 55.333 points, which may be impressive compared to a 2014 phone, but not by 2015 standards. Obviously, these are only test devices and some may be overthrottled, but the difference will be hard to make up over the next months.