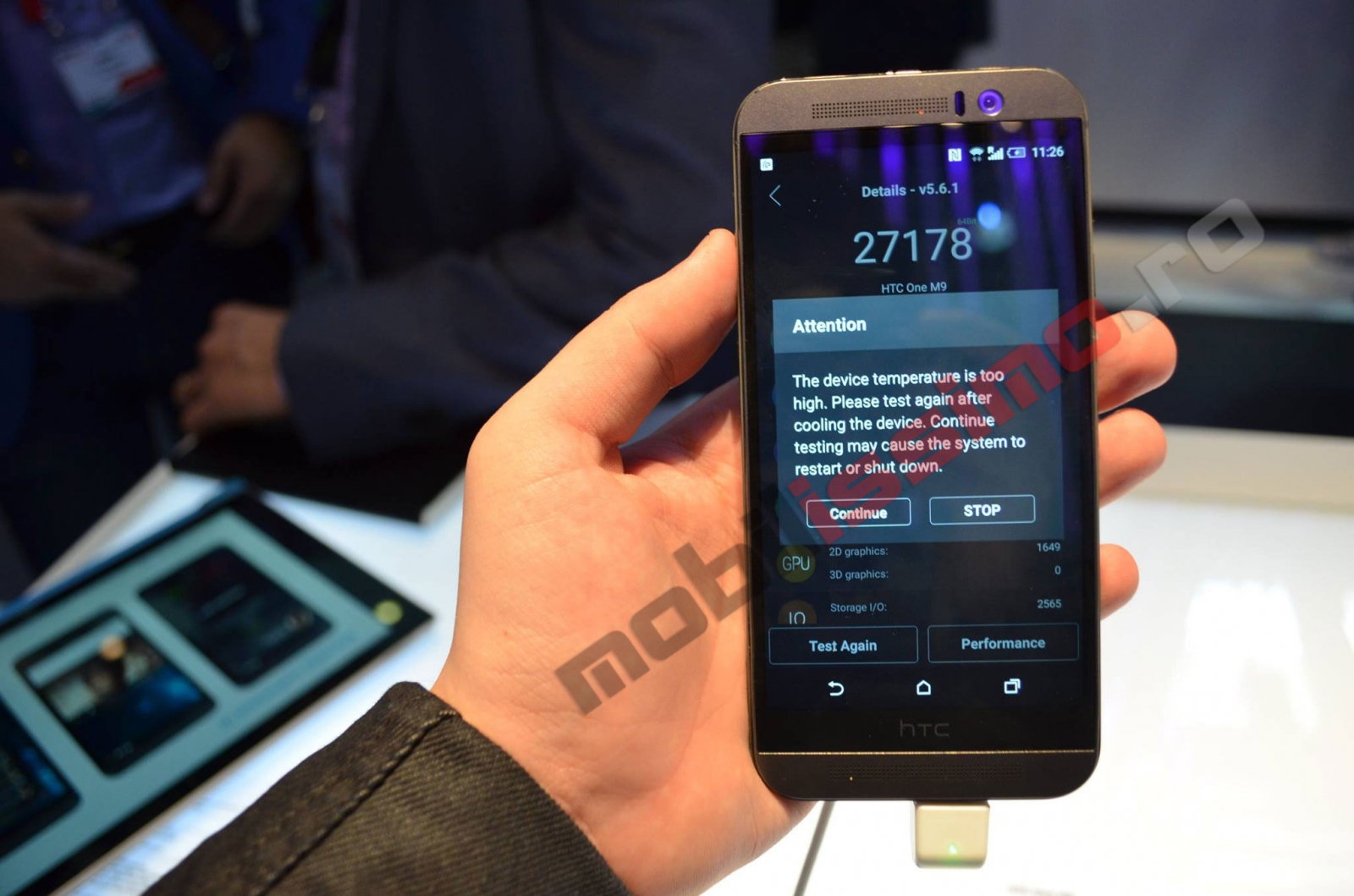 Our sister site, Mobilissimo.ro had an editor sent at MWC 2015 for coverage and luckily he got some hands on time with the HTC One M9. Sadly, not everything is looking good, since the handset experiences serious overheating problems and the culprit is the usual: the Snapdragon 810 CPU. 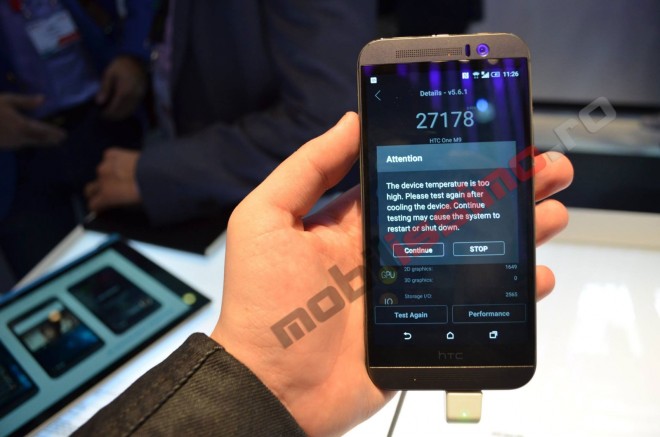 We already knew that this chipset was overheating, the reason why Samsung decided to launch the Galaxy S6 without it, after all. But LG reassured everyone, saying the chip worked fine on the LG G Flex 2. And now here comes HTC, after a bit of a doubt itself, since it considered going with MediaTek in the Chinese version of the phone. Anyway, the HTC One M9 has a Snapdragon 810 CPU and the editor who performed some benchmarks on it met with a very hot case.

We previously heard that folks who played with Snapdragon 810 devices noticed that if you performed the same benchmark a few times in a row, performance decreased a lot in order to drop the temperature. Well, when HTC One M9 was tested, AnTuTu didn’t even finalize the first run. The handset got so hot, that it showed the warning message above, related to the high temperature.

This may remind you of the Sony Xperia X3, that did a similar thing after you used its camera too much. Well, it’s all Qualcomm to blame, not HTC, keep that in mind. We should also mention that the Mobilissimo editor claims the device was so hot that it felt it was burning his palm. The device stopped running AnTuTu at around 26.000 points, which is pretty low, since we’ve seen phones going past 50k points lately.

He also tried out Browsermark, Sunspider, Quadrant and 3DMark, with the latter only performing 50% of the test and then stopping. That doesn’t seem like the kind of problem you could fix with a software update, does it? Hopefully, the finalized commercial units won’t have the same issues.