We’ve just come across fresh pictures of a brand new HTC phablet with a 1080p display, that might just be the HTC One X+ everyone is talking about. Although that model is rumored to have a Tegra 3+ 1.7 GHz CPU, this newcomer with a 5 inch display might actually end up with the quad core Snapdragon S4 processor. 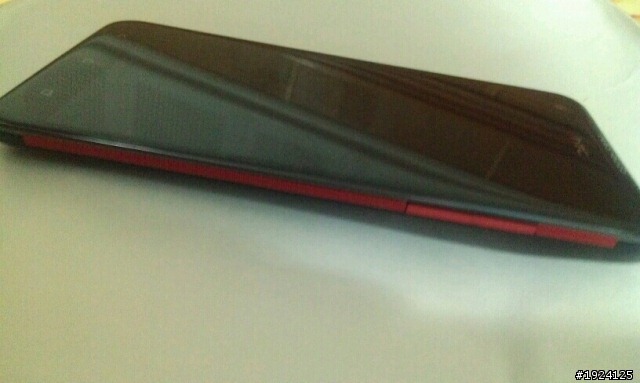 The leak pictures don’t reveal that much, aside from a red ring around the camera and the edge of the device, reminding me of the Droid Incredible. This HTC phablet is rumored to sport a Full HD display, although a source says that the resolution is actually 1794 x 1080, because of the virtual buttons on screen from the Android UI. That theory doesn’t hold water, since we can see in these pics the capacitive keys below the display. I can also see a Beats Audio marking etched on the back and don’t be surprised if this newcomer also ends up with LTE on board.

Considering the HTC One X isn’t that far from this model, as far as diagonal goes, the resolution and CPU are the only selling points here, if you ask me. It would also be cool if this model had a stylus, but I can’t see where that fits in the package shown here. 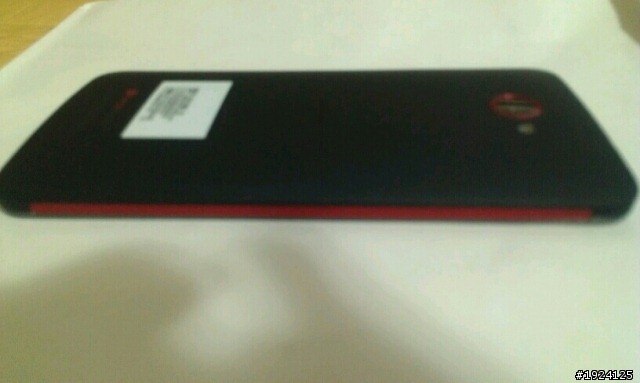