Ahead of MWC 2012 leaks have become part of our daily routine and it’s mostly Samsung and HTC leaking stuff nowadays. This time a trio of Samsung devices has been uncovered courtesy of their WiFi certification, that was granted recently. These models could be shown at MWC 2012, but in reality we have no idea what they are exactly and what their specs are. 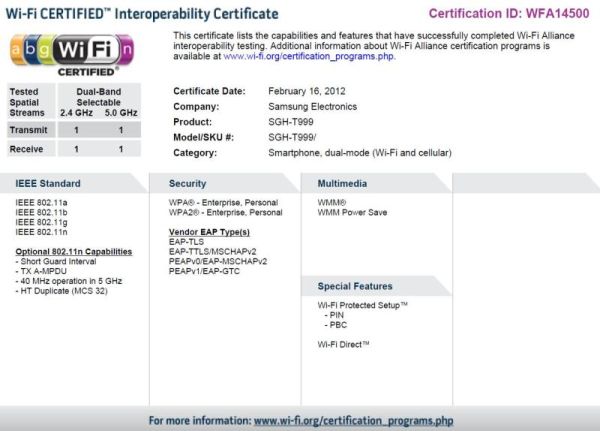 The first is the Samsung SGH-T999, packing a HD display and rumored to be in fact the Galaxy S Blaze 4G, a model unveiled a while ago, but still unreleased. The “T” part of its name could stand for T-Mobile, according to speculations. Being a 9×9 codenamed unit, this device is most likely a high end unit and 999 means that we might be dealing with a special dual core handheld, maybe even a new Galaxy Note. The other two models are the SGH-I535 and the SPH-L710, never before mentioned or rumored.

The first is supposed to run Android 4.0 and be meant for Verizon Wireless, while the SPH-L710 is a Sprint exclusive. I’m pretty sure these handsets are part of the Spring/Summer 2012 lineup and that in one version or the other they will be shown at MWC 2012. 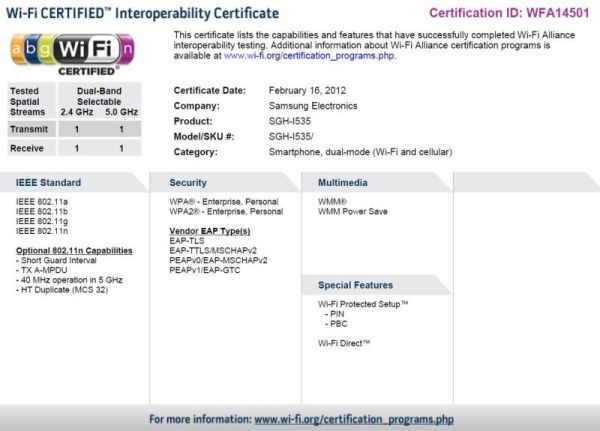 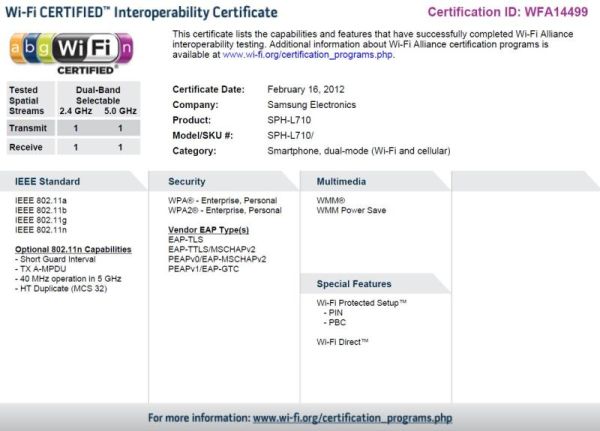