Google I/O 2010 ended, but we’re still gathering info about what went down in San Francisco over the past week. Among the announcements there was also the fact that Google released the Latitude API, a great way to use the location of the user with any apps or services. 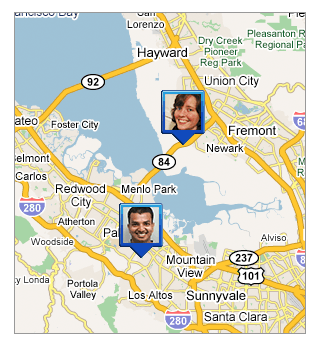 This will be a brilliant tool for developers looking to create apps that need to pinpoint location. Google mentioned a few examples of the use of such software, stuff like apps for thermostats that turn on or off when you’re leaving home or heading towards it. Also, devs will be able to create traffic apps that send alerts if there’s heavy traffic on a certain route.

The Latitude API is also useful to alert one of potential fraud on his credit card, if a purchase is made too far from the user’s location. Entertainment and travelling is also mentioned, as photo albums of your vacations will be seen on a map of all the places you visited.

In case you’re worried about privacy and having your location available for everyone, fret not, as you’ll have to grant access to the developer, in order for him to access Latitude data. Developers will need to have a look here to get started.