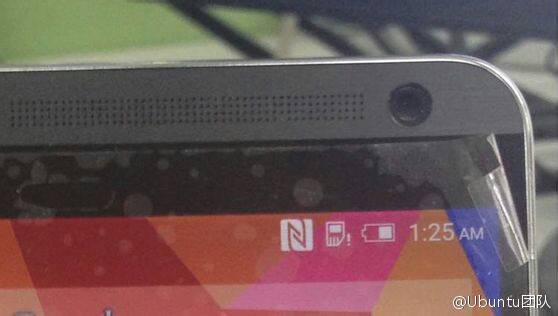 Beside the freshly announced One M9 during the Mobile World Congress 2015 show, it seems that HTC is also planning the launch of a new device, this time on the Asian market. The smartphone in case is called HTC One E9 (A55) and today, Ubuntu Team let us see some live pictures with this polycarbonate variant of the new flagship.

Some first rumors about this phone we got on February 27 when @upleaks said that One E9 is a smartphone designed for the Chinese market. Yet, it seems that this new device won’t share all the specs with its metallic brother, HTC One M9.

Among its hardware specs we might get a Quad HD panel, a fingerprint scanner, 3 GB of RAM memory, 32 GB space of internal storage and an octa-core MediaTek MT6795 processor clocked at 2.0 GHz (64-bit). There will be a fingerprint scanner, a 20-megapixel rear camera and three different color variations: white, grey and gold. The rumored price will be around the $480 tag.