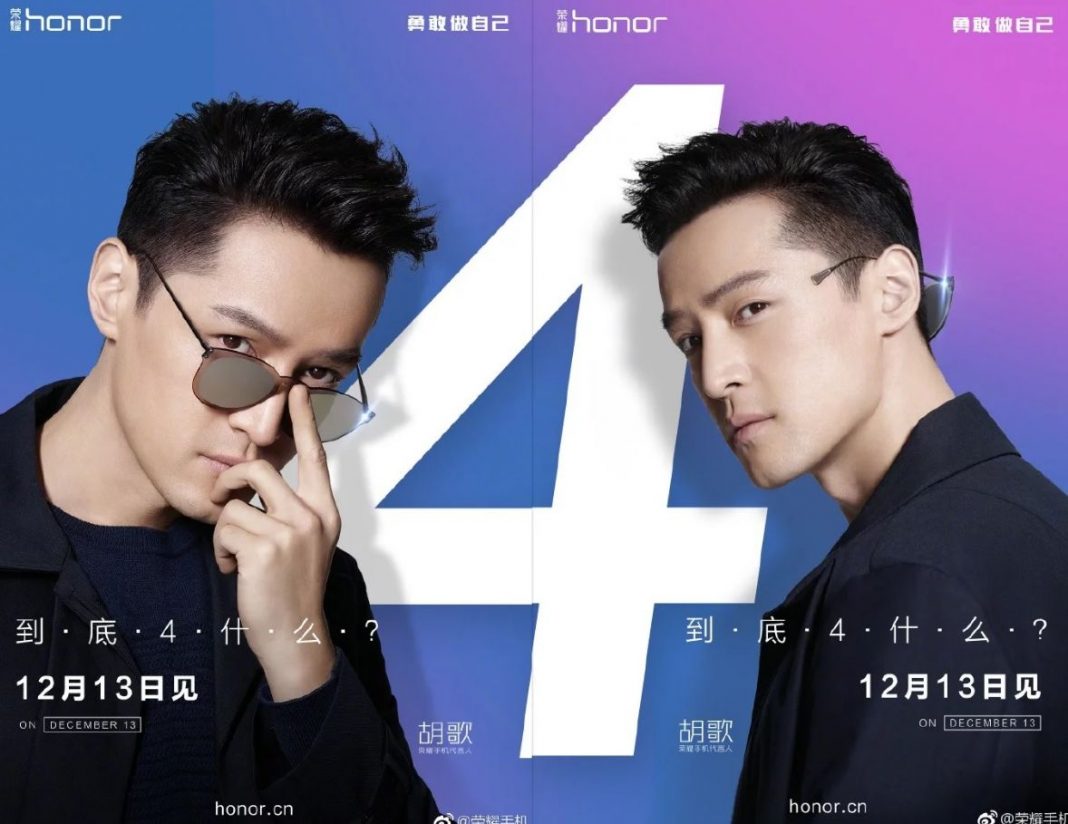 Huawei is an unstoppable force, that’s preparing yet another phone with 4 cameras. The device’s teaser posters just leaked and they hint towards a December 13 release. Word through the grapevine is saying that the product will be the Honor Note 9 or Honor 9 Lite.

Huawei’s online brand Honor has already released some appealing devices lately, like the Honor V10/ Honor View 10. The poster you see above shows the Chinese singer and actor Hu Ge. In a part of the shot we see him wearing sunglasses and in the other the glasses are at the back. In the middle there’s the number “4”, which is rather odd, since we know that in Asia “4” is unlucky.

The whole sunglasses thing may hint at a dual front camera and a dual back camera. Huawei already launched a Honor phone with 4 cameras, the Honor 9i in India, also known as the Maimang 6 in China and the Nova 2i in other parts of the world, or the Huawei Mate 10 Lite in Europe. Rumors say that the Honor 9 Lite/Youth is the device here, but it could also end up as the bigger Honor Note 9.