As if the antenna problems and yellow spots/bands on the iPhone 4’s screen weren’t enough, here comes another issue plaguing Apple’s new toy: slow or non-existent 3G connectivity. Several reports on Apple’s support forums are claiming such problems exist, even in areas where 3G signal is present. 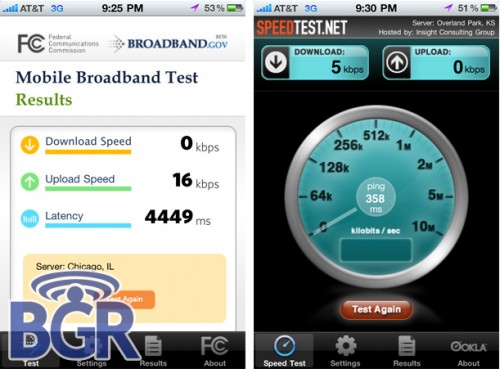 This is not an AT&T problem, as a side by side comparison between the 3G/3GS iPhone models shows a strong 3G connection, that the iPhone 4 fails to receive, sticking to EDGE. Some people who experienced this claim it’s intermittent, as sometimes the good connectivity is back and then it goes away again.

Here’s the video proof of this 3G connection issue… What will Steve Jobs say this time?