After finding out that the new iPhone might include a 3.2 megapixel camera, we learned that Apple’s new handset will also features an FM transmitter and support for 802.11n connectivity, that will also be supported on the new iPod Touch. 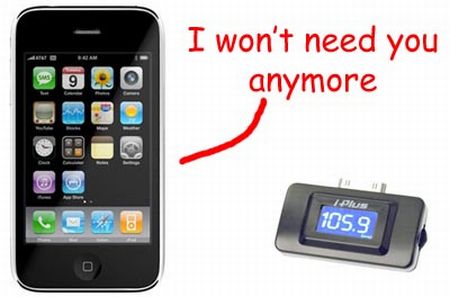 The FM transmitter will allow the new phone’s users to listen to their favorite radio stations and to their favorite music stored on the handset via FM radio waves on their car stereo. Apple has chosen not to invest in separate chips, as far as broadcasting is concerned, so the new Broadcom chip will support 802.11 a/b/g, Bluetooth 2.0 and the FM transmission.

Moving on to the 802.11n connectivity, the fact that it will be supported on the new iPhone and iPod Touch means that the device will use less power in order to connect to the web. Also, this type of connection provides more network speed and better reception range, as it uses two channels at once.