Probably one of the most interesting smartphone at the moment, are the Samsung Galaxy Note 5 and the Galaxy S6 Edge Plus, two new devices that will be unveiled on August 13th during a special Samsung Unpacked event that will take place in New York.

Today, new live pictures with these two models are arriving through Reddit platform. From what you can see, just like in the previous leaks, Samsung Galaxy Note 5 will be a 5.7 inch phablet with design borrowed from Galaxy S6 flagship, with premium elements such as a metallic frame that covers the phone, and a rear-facing glass cover.

However, because we get such materials on the phone, the removable back and the microSD card slot will now be forget by Note fans. If we’re take the lately rumors as real, then Note 5 might bring a 3.300 or a 4.100 mAh battery in the pack. 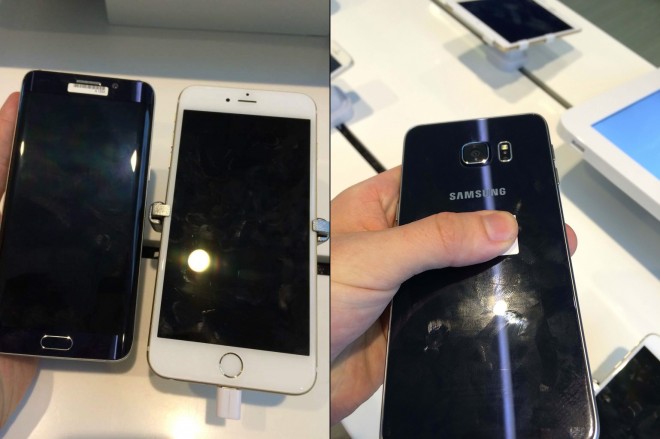 On the other hand, when we’re looking at the Samsung Galaxy S6 Edge Plus, the things are pretty clear, this device being just a bigger variant of the regular S6 Edge. From what you can see in the pictures above, S6 Edge+ will be as big as Note 5 and iPhone 6s Plus.