The folks of Droiddog recently showed the world a prototype Motorola Android phone, that might as well be just a render and not a real device. This handset is square-ish and resembles the Moto Backflip model, unless you take its strange shape into account. 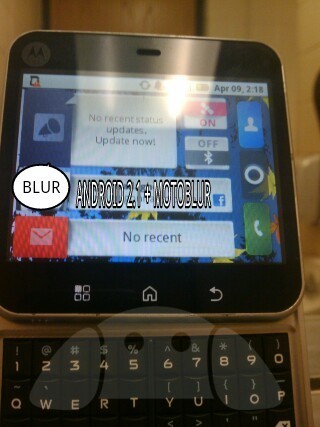 We’re guessing that the device incorporates a portrait QWERTY slider and we’ve heard that the smartphone runs Android 2.1 and it’s based on MOTOBLUR. There’s also a 3.2 or 5 megapixel camera on board and even a neat story associated with the handset.

Turns out that the phone’s pic was snapped by the father of the source’s friend, who is a Motorola employee. Said employee apparently let his kid take the handset to school, in order to use it as a calculator for a math test. Is this the most unbelievable story you’ve ever heard or what? Now let’s see the iPhone 4G in schools as well…