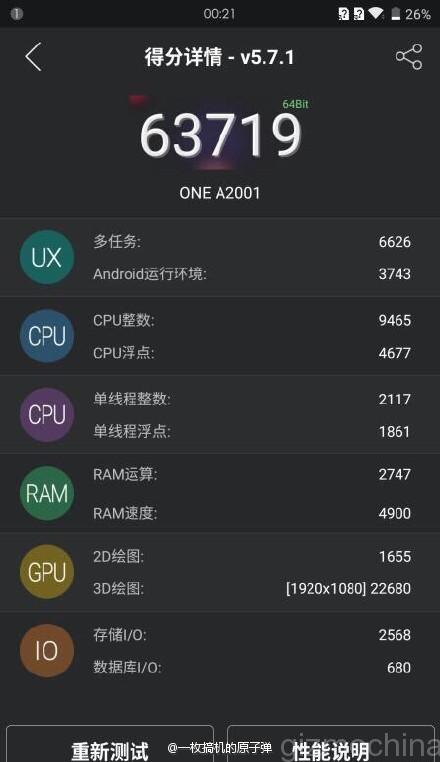 Yesterday we wrote that OnePlus 2 got benchmarked in AnTuTu, to a less than impressive result, which we associated with an under throttled performance of a prototype. Today a new benchmark appears, with a much higher result than yesterday, still in AnTuTu.

The One A2001 is the codename of the OnePlus 2 here and OnePlus may have throttled the Snapdragon 810 v2.1 higher in order to prove their worth. This is far from the 69k or 70k points we’ve seen the Galaxy S6 and S6 Edge reaching with the Exynos 7420. It’s still in a good range for the Snapdragon 810, that achieved a pretty similar 63.424 on the Xiaomi Mi Note, which also uses version 2.1 of the Snapdragon 810.

The LG G Flex 2 and HTC One M9 use the original version of the CPU and score considerably less by the way. We’re exactly one week away from the OnePlus 2 debut, so we’re anxious to finally see and especially learn more about its camera, battery life and its price versions. What do you think of the new AnTuTu score in the meantime? 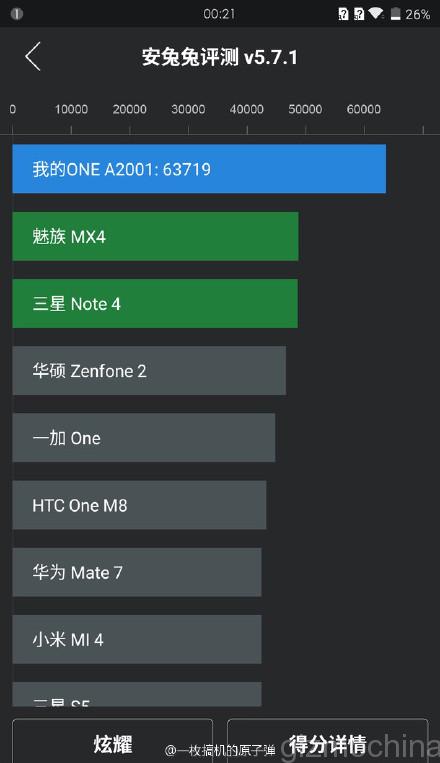