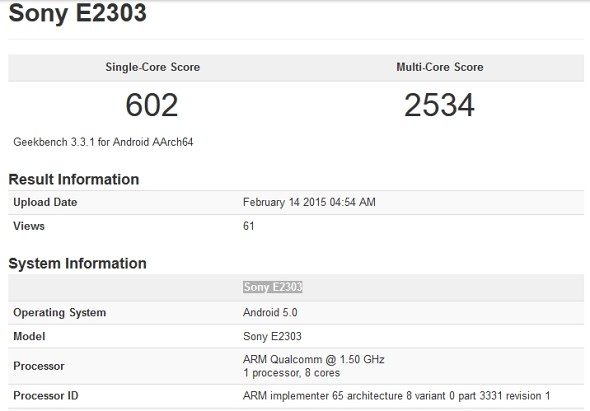 It appears that the Xperia Z4 Ultra and the E4 aren’t the only models we may see showcased at MWC 2015, but also a certain Xperia E2303, that has appeared in benchmarks. You can check it out below, courtesy of a GeekBench 3 leak.

This chipset comes associated with an Adreno 405 CPU. Back to the phone’s leaked specs, it comes with a 5.2 inch 720p display, 4 GB of storage and 2 GB of RAM, as well as a 12 megapixel back camera with Full HD video recording and a 5 MP selfie unit. There’s no battery capacity mentioned here. Sony will open its MWC booth on March 2nd, so we’ll learn more then. 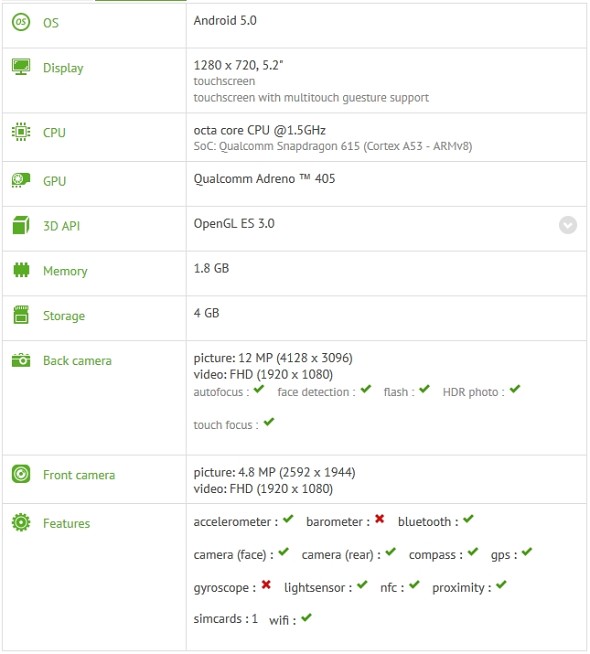