It’s been all Zune HD-related rumours lately and when we thought that Microsoft was ready to leak something else, Apple goes out and drops the bomb: a third generation iPod Touch that will probably keep us busy long enough to forget the Apple Tablet rumours. Here’s a shot of the video that leaked recently: 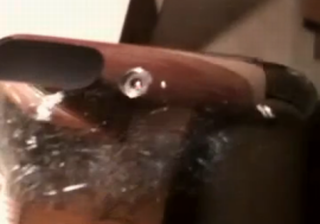 Turns out that the image above shows the back side of the new iPod, although the sceptics claim that it’s a second gen iPod Touch with a customized case and a camera added in just for kicks. What do you say, real or fake?

I, for one, am tempted to rather believe the Apple iTablet leaks and videos than this shaky proof of a new product.