It seems that making the Nexus 3 will be a battle between LG and HTC, with Google choosing their favorite brand. Maybe they have chosen already, given that what you see below is a prototype of the device… Mike from techhog.com scored this photo from an old college buddy. 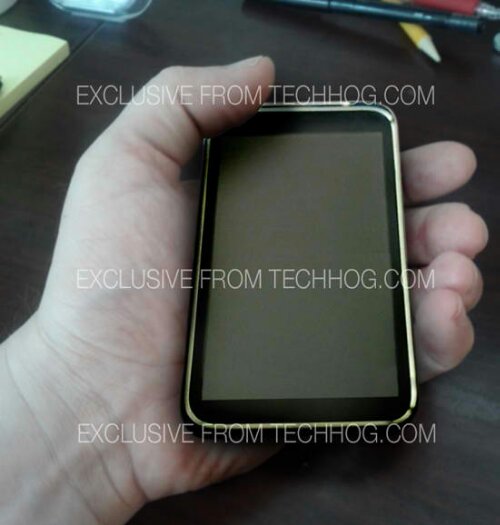 HTC isn’t new to this biz, since they manufactured the first Nexus model, while LG should have the experience to deliver such a big project. After all, they’re the first in the world to create a dual core phone right, so why not also be the first with a quad core unit? It seems the third Nexus won’t feature capacitive buttons, as Ice Cream Sandwhich doesn’t need any keys, just like Honeycomb.

Eric Schmidt announced at MWC that the next Android will combine features from Honeycomb and Gingerbread, most likely with the result being an OS that runs on top of a quad core CPU made by Nvidia (Tegra 3). Right now, I’d say that this is a HTC model, considering its upper side, but it can always be a render of a good Photoshop.