The Nexus 5 handset from LG and Google has leaked yet again, as usual courtesy of @evleaks and this time we’re dealing with a picture that shows us a device with a soft touch back and a smaller camera area than it appeared in the previous leaks. 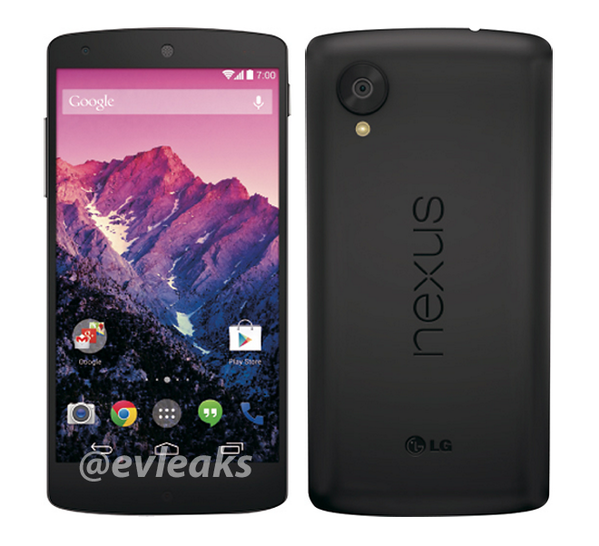 As far as we know right now, the handset could debut next week, either on the 28th or the 31st, both theories being supported by recent leaks. This new device is made by LG, just like the last Nexus phone, from which is keeps some of the design traits and curves. The newcomer is expected to pack a 4.95 inch Full HD display, a Snapdragon 800 CPU and 2 GB of RAM.

It will also have 16 or 32 GB of storage, a 2300 mAh battery and an 8 megapixel rear camera with optical image stabilization. Wireless charging and NFC are also expected here. Android 4.4 KitKat will be the OS on the handset and aside from performance enhancement, we have no idea what this model will bring.