If you’re the owner of a Samsung device, any device that they made, you probably know about Samsung’s famous habit of delaying their Android updates. My theory is that they let the highest end device get the latest Android release and they let it sell well enough and only then they launch the update. 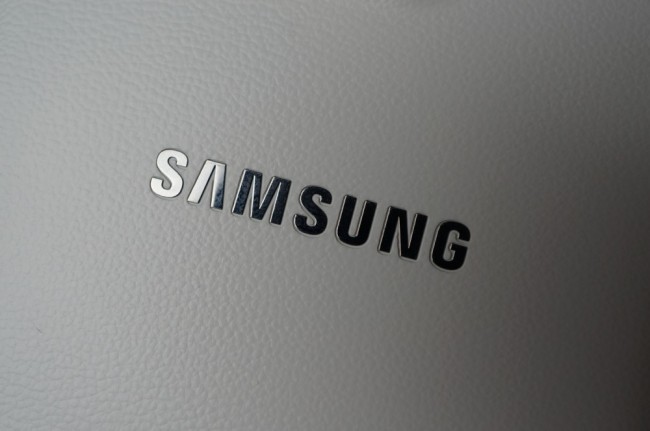 Well today we get our mitts on a list showing some dates for the release of the Android 4.3 update for devices like Galaxy S4, S3, Note 2 and Galaxy S4 Active. This is a leaked internal document you’re seeing here, one that clearly shows what dates you should mark on your calendar. The image shows that Galaxy Note 2 owners on Verizon will get their share of Android 4.3 on November 29th, while AT&T customers will get it 9 days earlier.

S4 users on Verizon will get this release this month, while AT&Ters will have it on the 13th next month. Folks with an S3 on Verizon get Android 4.3 on November 22 and AT&T guys on the 13th of November. Android 4.3 is the release that also brings Galaxy Gear support, so at least that’s solved. 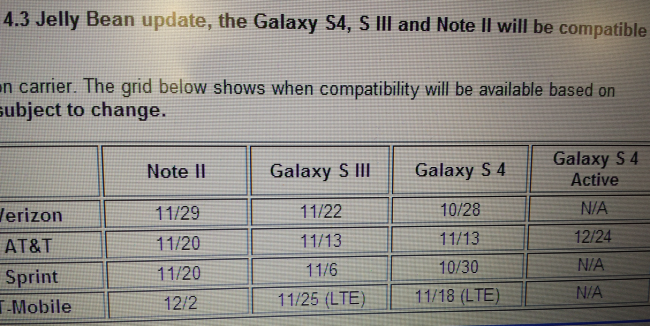