We’ve heard stories about the older white version of the iPhone cracking, or the HTC HD2 having a very fragile display, but now it’s Nexus One’s turn to reveal its Achile’s heel. Turns out that the finish of the device seems to be peeling off on the side and around the dock connectors, as shown in the image below. 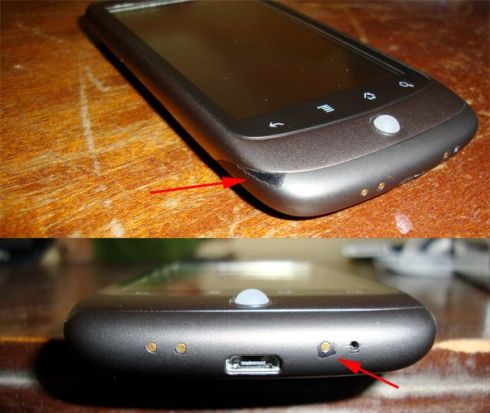 We’ve heard an older story, a couple of months ago, saying that black splotches appeared at the bottom of the handset, when used in the bundled neoprene case. It’s strange that both aesthetic flaws happened on the same area of the device, with the second surfacing after one week of use.

Let’s just hope we’re talking about a single unit and not an entire lot.