It’s been an exciting week for the Google Phone lovers: we’ve found out that it’ll be dubbed the Nexus One, the FCC approved it and we saw dozens of photos of the device and its interface. Hackers have been messing with the code of the OS that the Nexus One runs, porting it to other devices, since it’s such a hot piece of software. 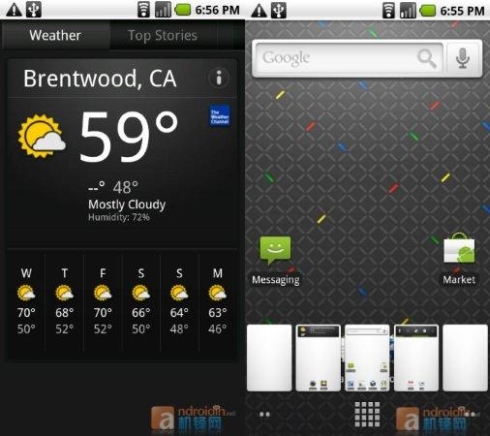 What you can see above and in the following shots are the homescreen and wallpapers of the Google Phone. We remind you that the device runs Android 2.1, it’ll be available probably in January 2010, it’s made by HTC, bears only the Google branding and it’ll be sold unlocked.

Huge touchscreen on board, a bunch of touch sensitive buttons and a trackpad are also to be mentioned. Is it me or the Android 2.1 interface is very, very hot? 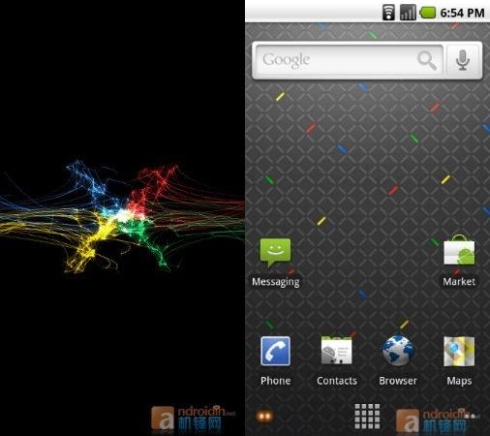 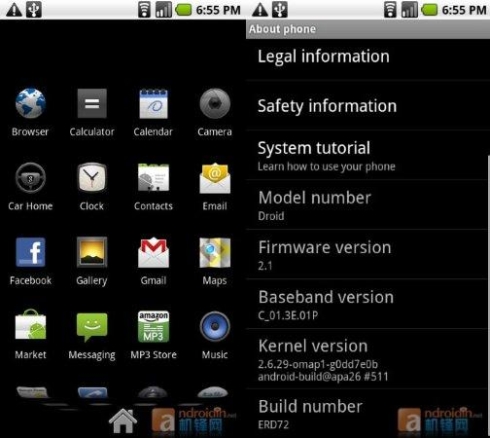