Of all the devices that could receive Android 4.1.1 Jelly Bean, here we are with a phone from 2010… I’m talking about the Nexus S obviously, that is now reported to have receive the update in some areas of the world. So, it pays to hang on to Nexus series devices, right? 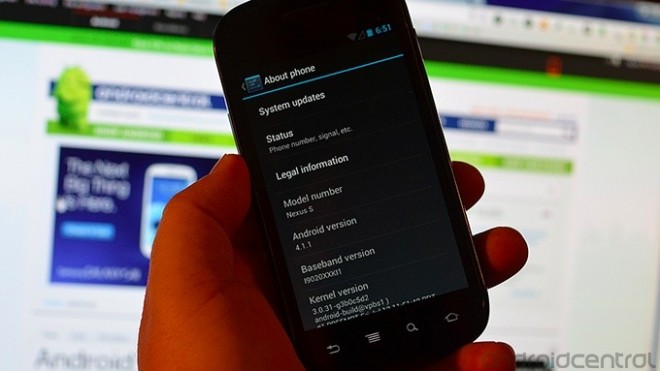 The update is slowly rolling out as we speak. This software package is 114.4 MB in size and it loaded just fine on some i9023 models, as well as some i9020T units out there. However, the folks of Android Central are reporting that their i9020T unit didn’t get the update, so don’t be happy just yet. If you don’t want to wait for the OTA, you can rely on the zip file from the Google servers and download it from here. This one requires to use a custom recovery to get it on your device.

One of the XDA folks is reporting that he got the update in Pakistan, so Asia might be privileged as far as this update goes. I’m sure that it will roll out to every Nexus S owner by the end of the week. Other devices to get the update in this time frame are the Motorola Xoom and Galaxy Nexus.