There’s a fresh leak in town and it’s not even related to Apple this time. It’s Samsung’s turn to leak a new handset, or better said the turn of Verizon, since they managed to let us know way too early about the looks of the Samsung Jasper handset. The Samsung Jasper SCH-I200 phone has been rumored for a while now and it’s finally real. 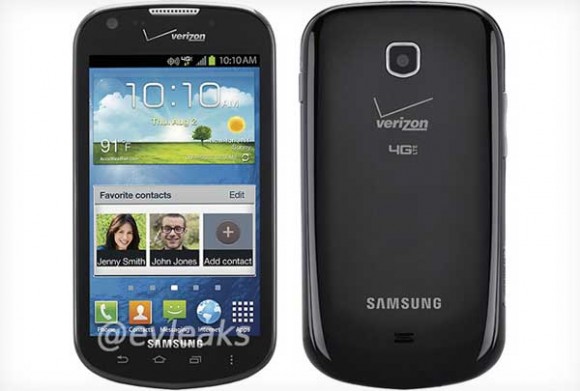 The handset is now pictured above and it looks like your run of the mill midrange or maybe even low end device. It comes with Verizon’s 4G service, according to what’s written on the back of the case. Speculated specs include LTE 4G connectivity, a Qualcomm Snapdragon S4 processor and a 800 x 480 pixel display, with an unknown diagonal size for now. We also know that this smartphone will run Android 4.0 and that it has a button for multitasking replacing the search button.

The launch date of the newcomer is unknown, but the phone is expected to debut soon enough, maybe even this week. We’ll keep you posted on the future specs and leaks that the Samsung Jasper will be linked to.