Nokia 5.1 Plus is here and we’ve just unboxed it! The device is the first notched phone from HMD Global and it’s also known as Nokia X5 (2018) in some parts of the world. It debuted in July and it’s an Android 8.1 machine with Android One in the mix. It’s made of glass and metal and it’s priced at a mere $200. Let’s see the unboxing.

Available in black, white or blue, the device is bundled in the case with a metal key, manual, charger, USB Type-C cable and headphones. Nokia 5.1 Plus measures 8.1 mm in thickness and weighs 160 grams. It’s got a 5.86 inch screen with a 1520 x 720 pixel resolution and a 19:9 aspect. There’s of course a notch, but a very discrete one, perhaps the most discrete one I’ve seen. 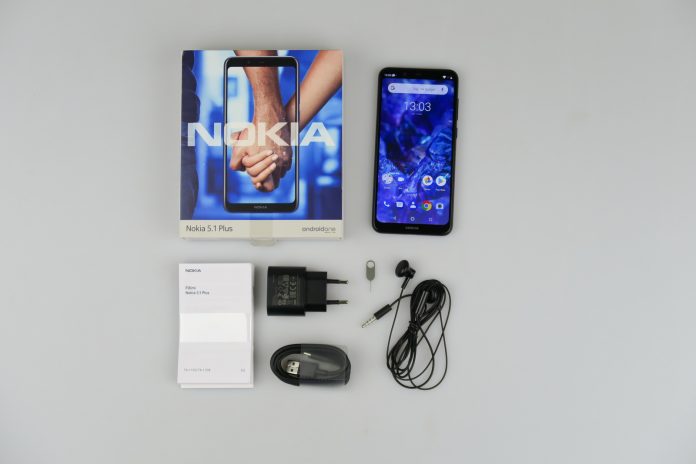 If you glaze over the device you can’t even see it. It only becomes clear in strong light or by seeing the icons for the battery and signal on the side. Other specs include a MediaTek Helio P60 CPU, which we know as a pretty solid source of AI tasks, 3 GB of RAM and 32 GB of storage, as well as a microSD card slot. It’s all rounded up by a 3000 mAh battery and USB Type-C cable. 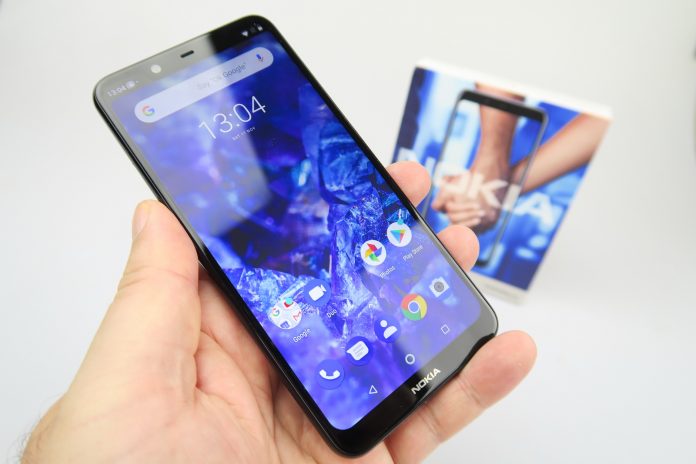 There’s also Bluetooth 4.2 in the mix, LTE Category 4, WiFi a/b/g/n and one speaker, plus 2 mics. On the camera front, there’s a combo of 13 MP and 5 MP cameras, with LED flash and PDAF. There’s a front 8 MP shooter with F/2.2 aperture and 80 degree field of view for selfies. GPS and Glonass are also here, as well as stock Android Oreo with the promise of fast updates on account of Android One.

I forgot the fingerprint scanner, which appears pretty obviously at the device’s bottom. Lovely accents at the back side by the way. The product is priced at $200 and we’ll be back with a full review ASAP.