Nokia have just launched their first major iPhone rival, the 5800 XpressMusic, but Reuters delivers the bad news: it’ll only arrive in Europe, 7 Asian countries and the Middle East this year, missing Christmas in other mature markets. 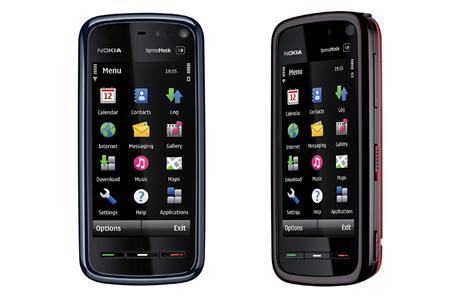 By the end of 2008, you’ll be seeing the Nokia “Tube” in countries like India, Indonesia, the United Arab Emirates, Hong Kong, Taiwan, Russia and Spain. The 5800 XpressMusic vill be sold for 279 euros ($387), before taxes, which is basically a more decent price then the one of the iPhone. Strategy Analytics research firm predicts that Nokia will ship more than 10 million units of their touchscreen device in 2009.

The fact that the 5800 won’t be available this Christmas on some important markets can be blamed, as usual, on the operators and the software that needs to be set up for them. Also, there’s word about the touch user interface, that needs more editing now, probably even more than other famous handsets do.