Nokia has just premiered its very first TD-SCDMA device, the Nokia 6788, launched in China yesterday. This handset is the first to support China’s domestic 3G standard and this product was created through a partnership between Nokia and the world’s largest mobile carrier, China Mobile. 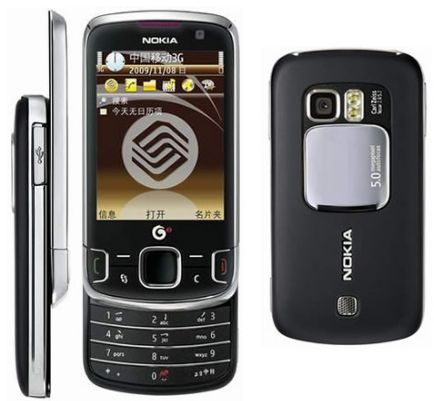 The launch was made during an event in Beijing attended by Nokia CEO Olli-Pekka Kallasvuo, who said that the Finnish handset maker will continue to launch models supporting this connectivity standard. Nokia 6788 supports fast Internet speeds and download times, packs a 5 megapixel camera with dual LED flash, a 2.8 inch QVGA display and it relies on the Symbian S60 platform.

The phone’s design is inspired by traditional Chinese furniture and architecture, incorporating traditional patterns at the back of the slide and battery cover. Nokia 6788 will hit the market at the end of December 2009.