If you look carefully at the video below you might spot a familiar face, the one of the Nokia 900 Ace handset, that was rumored to be part of the trio of Windows Phone units showcased at Nokia World 2011. Well, the trio was actually a duo, comprised of Nokia Lumia 800 and the Lumia 710, but we’re still waiting on the supposed Nokia Ace. 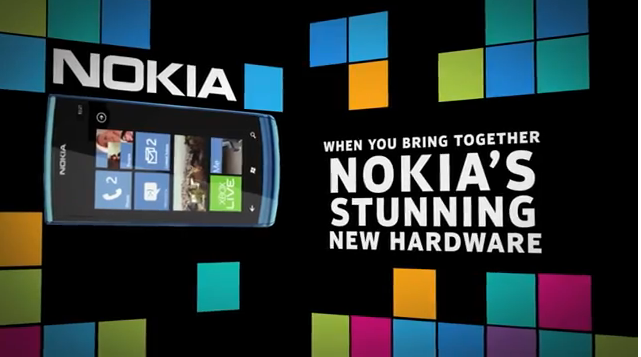 So, what’s the deal with the handset in the video? This developer vid for Windows Phone enthusiasts shows a strange device, with a rounded design and a display that looks like 4+ inch material, that’s actually exactly what was said about the Nokia 90. Recently, there was an exhibition of Nokia designs in London, where this model was spotted once more, so it has to be real, right?

When I first saw a leak of the phone I compared it to the Samsung Omnia 7 and I stick to that opinion, but the rounded upper and lower edges might actually differentiate the smartphone. As far as specs go, rumors say we’ll see the same Qualcomm 1.4GHz brain as the one of the other Lumias, plus 16GB of internal memory, 512MB or 1GB of RAM and maybe an 8 megapixel camera. Getting a Lumia now or waiting for this hottie?