The big day of the Nokia announcement came and after the investors’ meeting we learned that Microsoft and the Finns are going to work together. Can’t say we didn’t see this coming, but it’s very unlikely we’ll see a Nokia WP7 at MWC 2011 on such a short notice. 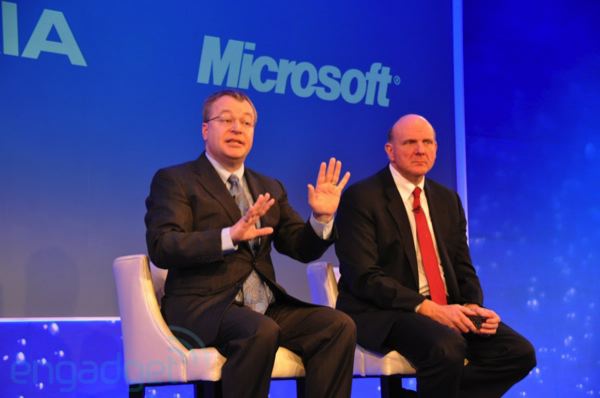 Working with Microsoft could have been one of the reasons for Stephen Elop, Nokia CEO (former Microsoft official) to join the handset maker in the first place, since he was part of MS and could help with the relationship build. Best case scenario, we’ll see a Nokia WP7 at Mobile World Congress, maybe even a slate, a Nokia Zune or even a dreamy Nokia Xbox7.

Worst case scenario, there’s still work to be done and Microsoft will apply its strict hardware requirements to Nokia’s future devices. Keep in mind that Steve Ballmer, Microsoft CEO and Stephen Elop announced that Windows Phone 7 will be the primary smartphone platform for Nokia in the future. However, a recent Eldar Murtazin tweet says that negotiations with Google aren’t over and Android handsets could come in 2012.

Among the plans announced by the two CEOs today we found the intention to use Nokia’s expertise in hardware design and brand fame to popularize WP7, plus the integration of Nokia Maps in Bing. The latter will be the main search service on all Nokia devices and Microsoft’s adCenter will also find a way on the Finnish products.

The Xbox services, Zune and all the MS technology you can carry will reach Nokia’s hardware and we can’t wait to see the result of this cooperation. There’s hope for some MWC showing still…