BusinessWeek reports that it talked with Nokia’s CEO, Olli-Pekka Kallasvuo, who confirmed a partnership between the Finns and Microosft. Also, Nokia’s main man discussed the future of the company in the US, while the Redmond giant was mentioned as the brand assisting Nokia with mobile apps and business features. 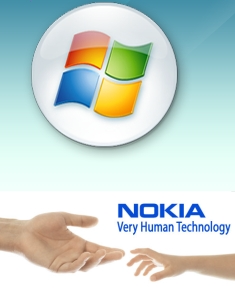 The Business Week interview also included two very interesting questions, that we liked a lot, referring to a future Nokia smartphone with a Qualcomm Snapdragon on board and the rumoured acquisition of Palm by the Finnish company.

Both questions were met with the refuse of Olli-Pekka Kallasvuo to comment on the info, but it would have been a blast to at least get one of the answers. Also, Nokia’s main man mentions that the cooperation with Microsoft will take shape in 2011, rather than 2010 and it’s not all porting apps, but also co-developing them.

Will we ever see a Nokia handset running Windows Phone 7?