Fresh after seeing Nokia C5 getting officially introduced, we’ve managed to check out a great render of the C6 model. This touchscreen QWERTY handset is the second in Nokia’s C Series and a pretty good looking piece of equipment, as you can see for yourself in the following image. 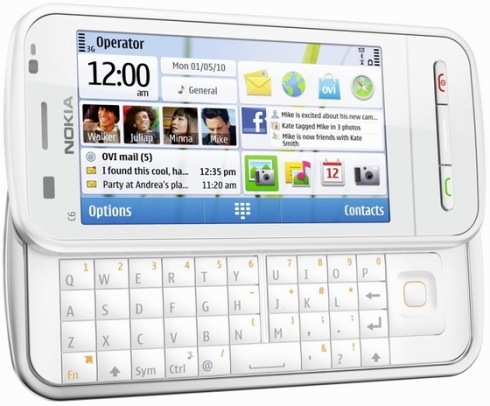 The handset combines the advantage of a big touchscreen with a sliding QWERTY keyboard, as if it were a hybrid between Nokia N97 and Nokia 5230. C6 received the FCC’s blessing back in February and we can see that this new image matches the sketch provided by the authority back then.

Unfortunately, not much is known about the C6, aside from the fact that it sports 256MB of internal memory and that it’s coming to Europe starting this spring. In other news, Nokia seems to be failing with the Booklet 3G netbook, since it has just cancelled its launch in France, because the device was too expensive ($1030).